Innovation is hard. What’s your one big thing? 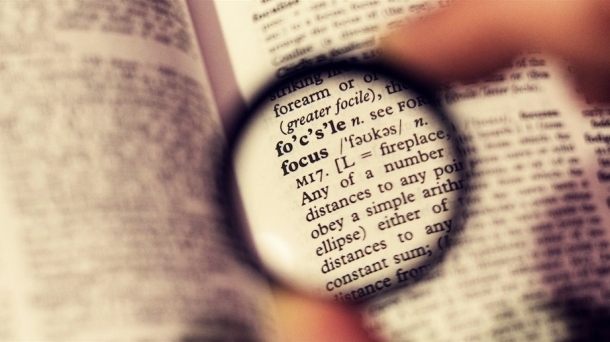 Even before the election results were in, most analysts had called the digital game for President Obama. The story of the ground-breaking “Big Data” integration and micro-targeting operation that drove their most strategic campaign decisions is quickly becoming legendary. This Time Magazine insider tale and Mother Jones’ in depth piece are required reading for anyone doing campaigning, organizing, communications, or digital in the modern world.

Their success has profound implications for the role of data and metrics in how we make all kinds of decisions, macro to micro. But it’s their innovation process – this ability to deliver such a game-changer while at the same managing a highly complex digital campaign with all the other expected bells and whistles – that’s almost as big. Because it’s our ability to first know and then deliver on that one most important thing that leads to most truly transformative innovations.

It’s the hardest work there is. Maybe that’s why we see so few ideas coming from our major institutions today that truly change the game for the causes we care about.

The contrast between how the two campaigns managed digital maps well to the culture rift we see inside most NGO’s. Obama’s team fundamentally understood the distributed, networked nature of the web. They maintained a tech start-up culture, integrated digital into the core of everything they did, hired very senior digital leadership who reported to the top, and created a culture of experimentation, risk taking, and innovation.

Romney’s campaign was based on a much more traditional model, outsourcing a lot of key digital work to consultants, not investing as big, and not taking as many risks. So while they checked all the boxes for a good digital campaign – no small feat to pull off – there was a lot of noise, and nothing they did was truly transformative.

Think for a moment what a high risk move this was for the Obama team at first. It would have required enormous alignment and buy-in from the top to put this much attention onto one massive, unproven thing that had never been done before, and protect that effort from getting side-tracked by the zillion other demands on the digital strategy, resources, and time of the team.

Do you think that kind of risk and trust could be handled by an org that didn’t “get” digital, and the messy and scary process of innovation, fundamentally at its core?

Mastering the basics, then going exploring

The Romney campaign did aim high with one digital tool, their much-vaunted “Orca” mobile GOTV application. Orca is now a well documented failure, and as with any experiment it’s easy to point fingers as to what went wrong (I know, let’s blame the consultants!).

But we’ve all launched failed products, and I wonder if what it points to rather than pure incompetence is the broader inability of most digital teams to really protect their focus. Digital directors today are expected to get everything right: social media, content publishing, mobile, fundraising, promotion and marketing, influencer networks, metrics, platform/tech management…the list goes on. Amazingly, most teams I know are doing a great job at keeping all these boats afloat.

But what are we really able to focus on amidst all the noise?

Innovation is hard. Let’s just be real about that

I see how much time digital teams spend chasing poorly thought out ideas that don’t really fill a need or meet an important audience where they are. Maybe it’s the pet project of a board member. An idea from a strong willed CEO, campaign director, or program expert who fundamentally doesn’t understand the web. Or a simple case of a decent idea that’s not given enough time and patience to see it eventually bear fruit.

And I think part of that problem lies with us. We don’t push back hard enough on bad ideas from big personalities. We lack communications skills to be understood. We don’t understand how our internal positioning limits our influence over strategic decisions. We don’t have a quick enough handle on metrics to win arguments. Or we’re overly self-confident, and under-estimate how hard it is to actually pull off real innovation. We don’t demand the budgets we need to truly succeed.

The question digital directors, bosses and staff need to wrestle with is this. Job one is clearly to master the basics, keep pace with change, and do a whole bunch of fairly difficult things, fairly well. To build a good digital program.

But to aim for greatness, to find a supremely strategic innovation that helps solve your organization’s most fundamental business problems, that, if you actually pulled it off, would put some serious space between you and your competition or opposition, requires altogether different thinking.

So are you ready to find your one big thing?