Organizing vs Mobilizing – focusing your campaign to win 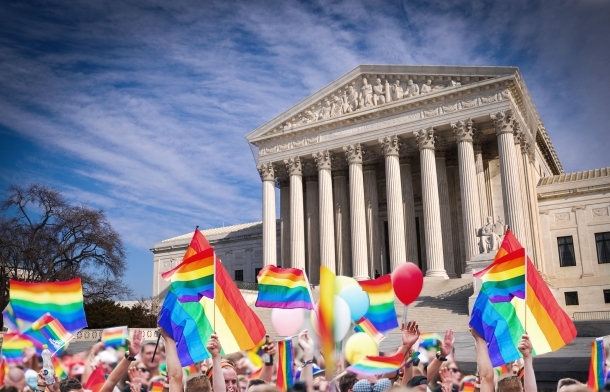 One of the best parts about being a consultant is being able to learn new ideas from organizations pushing the edge of innovation, and share them across sectors. I recently learned a new way of looking at and equipping advocacy campaigns based on what phase they are in: organizing vs mobilizing, that I think has real power for all of us.

This new model is state of the art because it helps answer the question I’ve been exploring for a decade now: why do many of the bigger orgs with massive email lists, lots of resources, and 10-30 “active” campaigns have such low supporter engagement and so rarely “win” campaigns, vs how new, digital-first start-ups with way fewer staff are able to move faster, engage people more deeply, and chalk up win after high profile win?

Maybe it’s less about how new they are but rather how disciplined and focused at different stages of their campaigns they are.

For organizations grounded in policy work – which means most of the non-profit sector – the model shows how to grow capacity and hold back resources that are activated only once the opportunity for a win emerges. Let me walk you through it.

Organizing is building your power

According to the model, most campaigns are in the organizing phase most of the time. The work we do raising awareness on issues not getting enough attention is by nature a long haul operation. So after our program or policy team have identified a problem and a solution, our first phase of campaigning is about building our power, finding our people, and growing our momentum.

Activities in the organizing phase of a campaign might include:

Organizing is a more measured, low to medium profile phase, and it’s maybe even a bit boring. But it creates critical trust – with supporters, with influencers and the media, and internally within our organization or movement – that we’ll call on later once the stakes rise and we need them to show up.

It’s the foundation for winning, but winning comes next.

Mobilizing is spending your power

The mobilization phase of a campaign is activated when a unique opportunity to actually fix our issue arises. It’s where we activate our audiences and spend down our resources at the pressure points we identified during organizing.

And to have impact, it should only be used sparingly, only when a binary yes/no opportunity to actually solve our issue for real opens up. This opportunity might be a vote/referendum, a scandal that pushes our issue into the mainstream, a clear target that has emerged, or when we’ve hit a critical mass in our ally or supporter base and can’t hold them back any longer without losing steam. Then we focus all our assets on one clear target to force their hand.

Activities in the mobilization phase of a campaign might include:

Mobilizing is the most active and high profile phase of the campaign, where you and your team are running and your activists are running with you. Together you are showing up in force to create unstoppable momentum and pummel your target into acting.

It’s the exciting phase, and as campaigners it’s where we all want to be. But as my client who shared the model with me says, “you have to sprint to win, but you can’t sprint all the time.” Right?

Know what stage you are in

Which brings us to the core of the model that I like the most. When we know what stage our campaign is in, we can align tactics, resources, and staff accordingly, and conserve our limited resources to go hard when the big opportunity to win shows up.

Way too many campaigns “run around madly in all directions” without much focus and relying on a weak theory of change. After a year or so, we deplete our resources, burn out our staff, tune out our activists (who also want to win and will lose trust if it doesn’t happen when we say it will) and show our hand to our target too early, enabling them to ignore us.

When we know where we are, we stay focused and position ourselves for opportunity.

I think the model has a lot to offer campaigning organizations with complex goals and limited resources (that means all of us). It will help build our bark, so that when the time comes to bite, we bite hard and don’t let go until we win.