The essence of Web of Change – revealed! 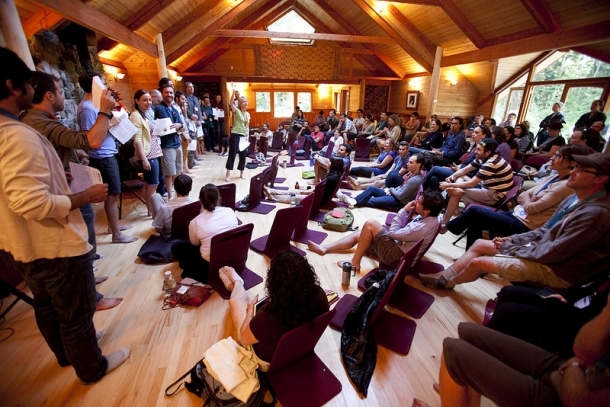 After attending 12 Web of Change conferences and seeing it all from the inside, I’ve often found it difficult to describe who we are, what we do, and why it matters to people who haven’t been there. We’re just one of those organic, non-linear, hard to pin down things that has a big impact on people’s lives but can be hard to quantify. 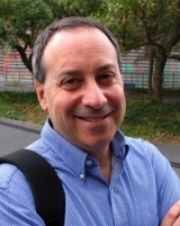 So it was really great this year to welcome Micah Sifry among the 115 others who made the schlep to Cortes Island last month. If anyone would have a unique perspective on Web of Change it would be a guy who co-founded one of the highest profile online politics conferences (Personal Democracy Forum in NYC), runs a consulting firm helping major institutions adapt to tech and open systems, and runs the go-to blog for online politics (TechPresident).

In his thorough wrap up post, Micah not only says he’s “never experienced anything as soul-, heart- AND brain-satisfying as Web of Change”, I think he really nailed our essence and purpose.

Here are some of my favourite excerpts.

On who comes and what we do:

“Here at Web of Change, I was sharing a moment of existential bliss with the leaders and rising stars of today’s social change movements–people who are almost always pushing a rock up a hill and getting paid little for the pleasure, or privilege, or necessity, of fighting for what they believe is right. Many were there on scholarship. There was very little of the peacocking behavior that so often comes with accomplished people. Rather, it felt like a summer camp reunion of people who felt like they knew each other already, and by the end, we did.

It’s initial goals were “to build a deep trust network, support mastery of tools, leadership development, and create a culture of radical openness and cooperation in the field.” And that’s what I found. It’s actually a rare hybrid: a gathering of social change activists and leaders who are not only interested in the power of the Internet to supercharge their causes, but who also understand that the culture of openness and sharing that comes with the net itself can foster greater cross-movement trust and effectiveness. In a sentence, it’s a place where the gap between political organizers and techies almost doesn’t exist.”

On why it matters: 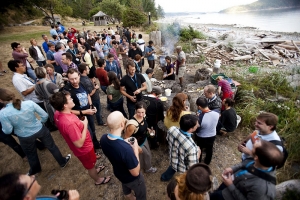 “Nearly all of the conferences I go to (or curate) are almost entirely about being smart, meeting smart people, feeding your brain, and professional networking. Those things can be quite valuable–or intimidating–but they’re rarely about the deeper currents that power human behavior. Instead of avoiding the question of why we do what we do, WoC embraces the personal side of being a professional activist or techie.

The more traditional content of the conference also pushed beyond people’s comfort zones. This year the theme was “What is Winning,” but the most meaningful presentations and conversations occurred during refreshingly honest discussions of mistakes made and failure. By the rules of the event, I can’t go into any detail to describe who said what, but it was truly striking how self-critical people were, especially during a “Failure Confessional” that was remarkable in its frankness, and which drew a standing ovation for its two brave speakers once it was over. That session set a tone that others soon copied.”

And where we’re going next:

“After years incubating at Hollyhock, the organizers have just made a hard decision to move the event to a more accessible location in the hill country near Austin, Texas. It’s a major shlep to get to Hollyhock, and the WoC network has agonized over whether to move to someplace less remote, especially to be able to attract more attendees of color. Now they’ve decided to take that leap.

This shift comes at the same time that the WoC network has decided to get a bit more formal in its organizational structure. Up till now, it’s largely been a labor of love supported by founder Jason Mogus’s company, and a rotating circle of core volunteers. Now that the network is well-established, they’re incorporating as a nonprofit, setting up a board, and planning to raise money to support some extensions of their work, mostly around thought leadership, leadership development and mentoring.”

Thanks Micah for telling the story of this remarkable network so much better than I could! If you’re still hungry for more, tuck into this super revealing, heart-felt piece written by Jessica Shearer, a former White House staffer, about how experiences at WOC 2011 changed her life and path.

This is exactly why so many super talented, super engaged volunteers continue to dedicate so much time to this work. It’s what really matters.