What was that directed network campaign thing again? 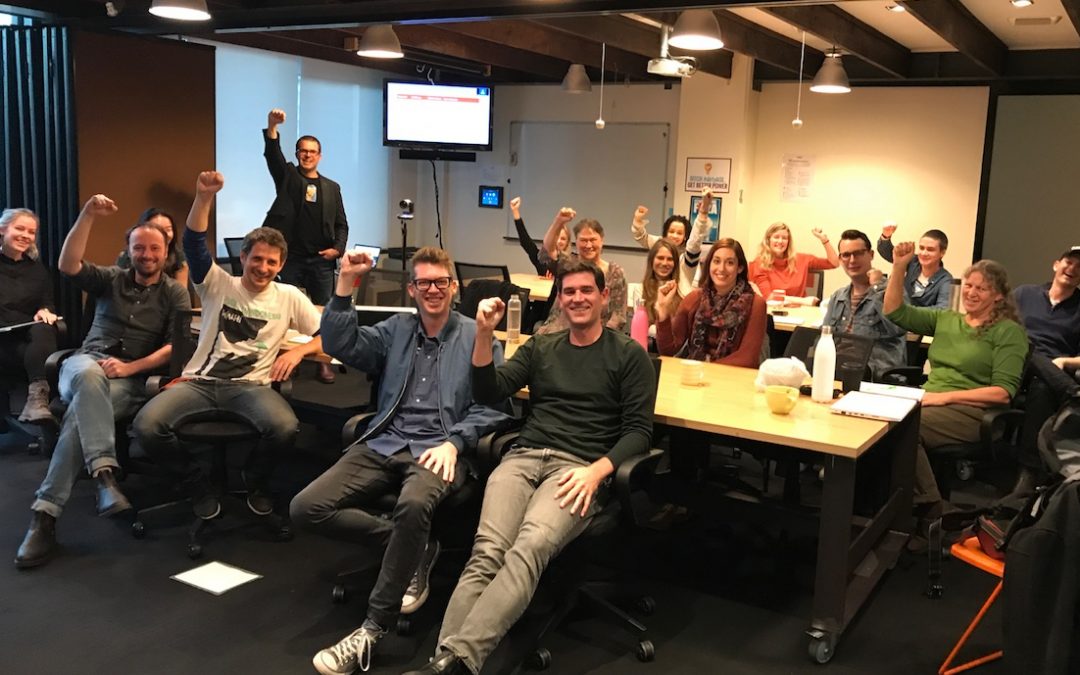 Since launching our Networked Change report last June, we’ve presented the “directed-network campaign” model dozens of times at keynotes, trainings and private sessions around the world, working with hundreds of organizations to implement it more deeply into their campaigning work.

One year on, we think it’s a good time to review the model, which is now extremely well field-tested and is holding up remarkably well. In case you haven’t taken the time to read our full 30+ page report, or the recent update with 8 new case studies from Canada, over the summer we’re going to share its most actionable insights in a series of more bite-sized blog posts.

We start with some context that leads to the need for new models to begin with.

The twin forces that broke your world

Over the past 30 years, the world has changed irrevocably and flows of power have shifted dramatically. Sadly, many of our advocacy campaigning practices have not kept up.

In a series of works dating back to the 1980s, eminent sociologist Manuel Castells outlined the rise of what he termed the “network society” and its impacts. As technology and culture evolved in lockstep, he saw the emergence of networks as a new organizational form replacing hierarchies and having profound effects on our sense of individual identity and power, as well as our group behaviour and our relationships to traditional centres of authority.

We see the effects of network society much more clearly today in the erosion of organizational loyalties, the drop in institutional trust, and the increasing individual desire to choose, customize and co-create. These are all manifestations of the network paradigm theorized decades ago. These new desires and expectations have clear implications for any campaign strategy that seeks to mobilize people towards a common goal. 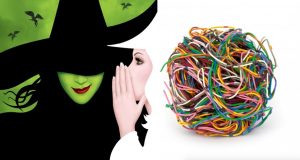 New constraints, such as complexity and scarcity, must also be considered. There are now more advocacy groups than ever sharing a smaller and smaller base of funding, and public attention spans have been dropping as more causes compete for mindshare and communications channels multiply.

Add the challenges from the global network of regressive right-wing forces, powered by nearly unlimited dark money, who have weaponized philanthropy in service to their small-minded business interests and are fighting nearly every form of progressive social and cultural change with every dirty trick in the book.

This is the paradox of campaigning in the 21st century. With the new opportunities offered to us in a network society, raising a critical mass of supporters in a short amount of time has never been more possible. At the same time, with the complexity of the world’s “wicked problems”, the scarcer resources now available to nonprofits, and the organized forces allied against social change, rallying the support and attention of people to your cause while building enough power to create systemic and lasting change has never been more challenging.

Given the trends outlined above, we believe that most advocacy initiatives are programmed to fail because they arise in environments that are resistant to innovation and where campaigning excellence is no longer a priority.

Many of the more established organizations we encounter are hardened into hierarchies that have lost touch with their responsive roots. In their strategy and operations, they have become closed off, top-down and policy-driven. With a focus on their own research and policy imperatives, they have also forgotten the art of disciplined campaigning, of fighting to win. They have come to believe that their good ideas can somehow change the world by themselves. As such, a good number of modern nonprofits are out of synch with the important emerging cultural forces that define successful campaigning practice more than ever these past few years

On the other hand, a notable set of younger organizations and movements is gaining power and surprising many with its rapid ability to scale, build influence and win policy change. These directed-network campaigns are succeeding, we believe, because they are aligned with new sources of self-organized people power, while maintaining enough centralized structure to focus it on clear political and cultural targets. In other words, they successfully marry new power with old power.

By opening to new models of organizing in a network society, directed-network campaigns generate greater public engagement and achieve rapid scale with relatively few resources at the outset. Employing an executive structure that establishes strategic direction and carefully manages resources, these campaigns also have what it takes to survive in an advocacy landscape now saturated with information and calls to action that compete for our attention.

The directed-network campaigning model that emerges from our report provides a clear and simple model to build on for organizers wishing to give their campaigns the best chances of winning. The incentives to adopt this new model are clear, but changing old practices and attitudes is never easy.

Here’s a short overview of the model, cut from a keynote speech Jason Mogus gave to the PowerShift 2017 conference in Melbourne, Australia recently.

Since our goal is to transmit a model that can be replicated by other campaigners, we packaged the directed-network campaigning model into a set of practical approaches that show how leading campaigners bring it to life. The approaches we highlight are grouped into four separate campaign orientations that we call “principles”. 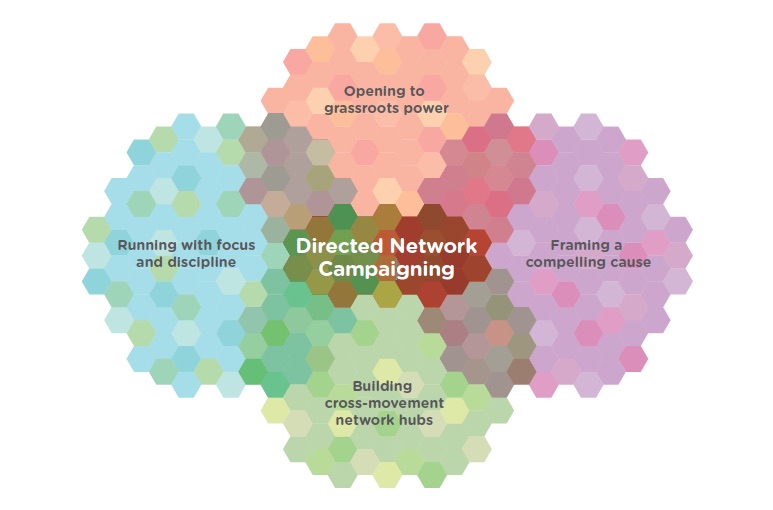 Principles three and four, frame a compelling cause and run with focus and discipline, pertain more to the framing, management and proper execution of campaigns – typically areas that rely on the oversight of a central leadership body.

Understanding and implementing approaches from each of the four principles will allow organizers to set up and run directed-network campaigns and, in this way, apply a model that consistently achieves high impact and force amplification in today’s challenging advocacy landscape.

In future blog posts, we will introduce the principles of directed-network campaigning and then break them down into concrete approaches. For each approach, we illustrate how successful campaigning organisations have implemented them in their own way.

(Can’t wait for the next post? Download our full report here, or the recent Canadian update here.)