What you can learn from Bernie’s online Bern 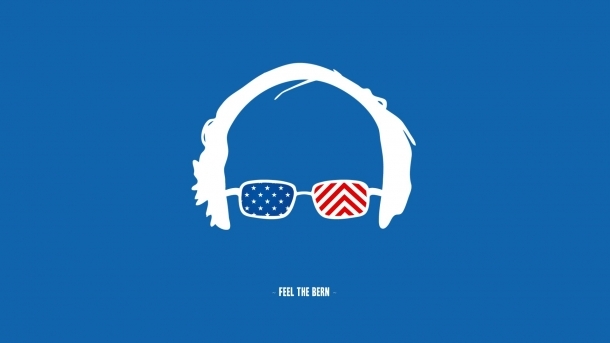 US Presidential elections are amazing generators of innovation in campaigning strategies and tools, and every few cycles allows us to witness a quantum leap.

Clearly the leaper this time is Bernie Sanders. Much has been written about how the Sanders campaign is Berning up the internet. Among the best articles I’ve found for NGO campaigners are by Paul Hilder, who wrote this piece for The Guardian after touring with the campaign last month, my good friend Micah Sifry’s interview with Web of Changer Zack Exley and Becky Bond in The Nation, and this from yesterday’s Fast Company, an interview with Revolution Messaging CEO who is running Bernie’s social media.

The problem with Presidential campaigns is it’s pretty much impossible to compare what we do on a daily basis with the resources and spotlight of a US election cycle. Remember the steady stream of executives walking past our doors in 2009 asking us to “make us like Obama”?

It’s OK to trust your members

Bernie’s campaign has both the values and the tools set up to do mass scale member listening and engagement in a phenomenal way. Their most successful hashtag, #FeelTheBern, came from the crowd and was then adopted by the campaign. According to Exley, the majority of their state offices were started before the central campaign could get there, and rather than stamping them out when “the professionals” arrived, they are largely collaborating with local led groups.

With their open source values, staff who get networked leadership, and tools designed for participation they’ve built perhaps the largest volunteer army ever assembled. It’s an amazing story and one that will be told for years, but it starts with trusting your supporters and allowing them to lead, and building real campaign infrastructure around them.

When your movement is moving, it’s a lot easier to organize online

The Fast Company article tells a story of a rally organized in LA with only a few days notice, largely via online tools. I’ve experienced both sides of this – online only event promotion falling flat, or it filling a hall with relatively little effort. What makes the difference? It’s not just how big your lists are. It’s whether people are paying attention to and CARE about your movement or issue at the time you’re organizing, and how good you are at channeling that energy.

Sanders’ campaign has also mastered the dynamics of multi-channel media. This means leveraging mainstream media hits, constantly pushing alternative and online outlets, growing and aligning their own “owned” channels, and the hardest, mastering people powered social media sharing. The focus of an election campaign allows them to ride each of these interconnected and mutually supportive waves of attention as they rise and fall, stitching them together into a cohesive and now omnipresent narrative that has virtually saturated the country (and the world) for months.

Watching Obama’s digital-first vs Romney’s “digital as IT silo” during the last election was very instructive of the organizational values that always underlie and limit all of our eventual campaign strategies and tactics. To jog your memory, Obama not only won the election, he handily won the digital wars.

Bernie’s campaign takes “digital first” one step further – digital and engagement are integrated into everyone’s job. It’s not a powerful silo at all, it’s both a method and a tool for how they do organizing, media and communications, fundraising, volunteer training, data management and testing, and more. It’s not one person’s job, it’s everyone’s job.

The digital campaign rocks because the candidate rocks

Here’s the hard medicine. Ultimately, it doesn’t really matter how strong your digital team, ideas, tools or consultants are, if your product or idea isn’t baked for the networked age and attuned to a cultural moment, the whole thing won’t take off.

The Bernie campaign is rocking social media because Bernie’s values based message and who he is has struck a deep nerve in the American psyche. He’s simply the right person with the right solution for these specific times. He’s telling a truth people are deeply hungry to hear, and offering hope to so many who lack it, and people naturally want to engage with and share in that moment.

“These social media tools we’re leveraging have made it easier for us to spend less time organizing more people, and for less money. But the reality is that none of those do well without a candidate who has a powerful message that gets people to engage. I’m…lucky to be working with a candidate who is the perfect one in that regard, because Bernie Sanders clearly has an authentic message that resonates.”

Win or lose, the Bernie campaign will be rightly studied and copied for years. While many of the innovations he creates won’t be accessible or relevant to most of us, these are a few we can apply to our organizations and campaigns today.