Yes, directed-network campaigning is for NGOs too! 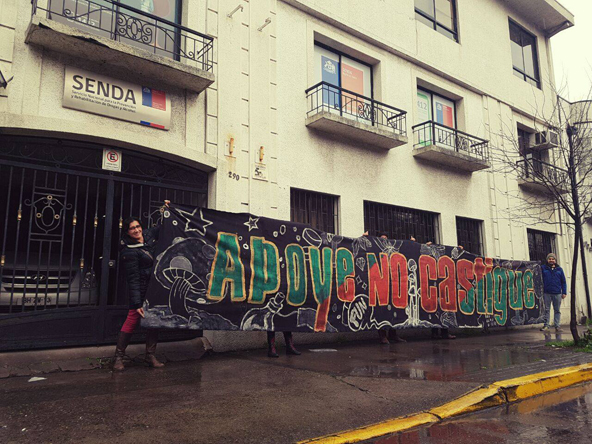 When we present our directed-network campaign model in trainings or presentations across the world, we often get asked what kinds of organizations have the risk appetite to try these new more participatory ways of organizing and mobilizing. The expectation here is that such innovation can only be pulled off by upstart activist orgs. Recently, we were fortunate to work with a group that proves this wisdom wrong. In this recent article, first published in the Stanford Social Innovation Review, we take a close look at how a research and policy-oriented NGO has applied these emerging practices and has greatly benefitted from the scale and efficiencies of networked campaign strategies.

Over the past decade, a new approach to organizing and mobilizing campaign supporters has drawn guarded admiration from the world’s largest advocacy organizations. Tried and tested with success by early adopters such as climate campaigners 350.org and further developed in the Bernie Sanders primary campaign, this model of sweeping supporter-led activities and bottom-up agency presents a distinct move away from the command-and-control management structures that still represent a comfort zone for most nonprofit institutions.

Though this more-distributed approach to campaigning has generated impressive results in terms of membership growth and campaign impact, most established organizations still see it as the unique domain of small upstart groups.

Challenging popular wisdom on radical campaigning is the International Drug Policy Consortium (IDPC), a policy-oriented NGO working on addiction and harm reduction — complex issues that do not generally mobilize crowds. Whether it’s the fact that the IDPC was organized as a network of groups, rather than a vertical institution, or that its 40-and-under leadership team is open to new organizing models, the organization’s relatively recent Support. Don’t Punish. campaign runs on many of the innovative principles that have helped earlier upstarts scale vast networks of supporters rapidly and with relatively few resources.

Drawing on the common patterns behind 47 recent breakthrough advocacy campaigns, the “Networked Change Report” I co-authored in 2016 identified a model called “directed-network campaigning” that shows up among top innovators. This approach, common to the Sanders primary campaign and most of 350.org’s initiatives, begins with a conscious handover of creative freedom and decision-making power to local self-starting leaders, often drawn from the organization’s supporter base.

For the IDPC’s campaign, enabling such independent local leadership was part of the plan from the outset. Working on HIV harm-reduction projects in Asian and African countries in 2013, the IDPC observed that its partners needed a more concerted approach to pressuring local governments to reform punitive drug policies. In response, it set out to equip local groups to do advocacy on the issue while leaving them enough room to adapt their actions to their unique culture and contexts. While the directed-network campaigning model delegates the management of some important activities to its base, central leadership typically owns certain things like issue framing and storytelling that are critical to campaign success.

The IDPC’s carefully considered packaging of drug policy demands under the rallying cry of “Support. Don’t Punish.” is clearly one of the campaign’s strong suits. In my interviews with local organizers in several countries, many said they were motivated to adopt and lead actions, because the campaign’s message and the research behind it gave them a powerful, credible vehicle for expressing their concerns around drug policy to regional decision makers.

While providing a solid frame — one that upholds harm reduction over criminalization as a more productive response to drug use around the world — the IDPC has left the customization of certain elements such as logos and branding up to its local leaders. In some countries, participants have translated campaign slogans and altered the campaign’s visual identity to better adapt it to local preferences, and that’s fine with top organizers. According to IDPC’s Jamie Bridge, advocacy groups tend to resist central messaging that is too prescriptive. He notes, “You cannot dictate what the action is going to be. Everything we propose, we want our membership to feel ownership over.”

Another pattern common to many directed-network campaigns is a commitment to building and supporting a living network of supporters and allies. Through central coordination and resource transfers, organizations directing teams to meet common milestones invest in their self-starting chapters with the understanding that the network’s collective advocacy impact will greatly exceed that of any single organization. The time spent on this kind of coordination is well worth the trouble. In Chile, local Support. Don’t Punish. organizers have translated the campaign slogan and adapted visual branding to their taste.

IDPC staff members working on this campaign currently spend most of their energy assisting the 200-plus groups participating in the Support. Don’t Punish. Global Day of Action. For example, they frequently poll local leaders to assess needs and maintain online action guides that compile accounts of successful tactics from previous years to provide creative inspiration. Groups that need financial assistance to produce campaign materials are encouraged to apply for small grants, which the IDPC administers on a per-need basis.

Though leaving a very large degree of initiative and local autonomy to its supporters has helped the campaign scale rapidly, some organizers would like the IDPC to play a more active role as coach and convener. Each year, in the three months leading up to the annual Day of Action, central staff call on the network to start preparing for the event via a series of emails. These communications encourage local leaders to make use of online resources, plan their actions, and submit requests for funding to support the creation of local materials.

While the online action guides may help the most self-sufficient organizers, most agree that regular “pep talks” between local leaders and IDPC staff before the campaign, possibly via videoconference, would increase motivation and lead to more ambitious local organizing. Local leaders are also requesting tools to network with each other and other planned actions throughout the year to maintain engagement with their followers. The IDPC is currently working on increasing its staff capacity to fulfill these supporter needs.

The Support. Don’t Punish. campaign, like all innovative models, is a prototype that ongoing experimentation will improve. What stands out here is that a policy-driven institution has managed to harness the same kind of grassroots organizing power that, until recently, was the domain of emerging groups mobilizing around climate change and social justice. The IDPC has done this without precipitating any deal-breaking control crisis moments — a sign, perhaps, that the directed-network campaigning model first tested by risk-tolerant upstarts may now be a viable solution for more established organizations.